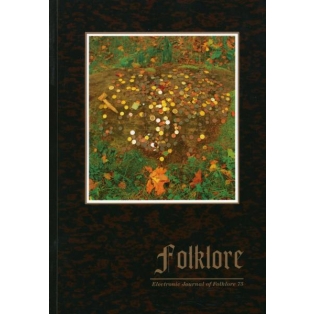 Zoom
In this issue the authors delve into very different topics, discussing contemporary paganism and entrepreneurship in the Russian Far East, representation of sexuality in folklore and social and political criticisms in Chinese myths and legends, a Muong epic cycle, a boreal tale, epics of South Siberian Turks, Estonian riddles, and narratives of mutuality between deities and villagers.
The article by Tõnno Jonuks and Tiina Äikäs is based on fieldwork documenting contemporary deposits at sacred places in Estonia and Finland. The authors interpret the deposits on the basis of the known traditions of contemporary Paganism, and conclude that in Estonia sacred places have been used more actively and more extensive deposits have accumulated than is the case in Finland.
Nina Grigoreva seeks to introduce into comparative folkloristics an epic tradition of the Muong, one of minority groups in northern Vietnam. Her study is based on the epic cycle of ‘The Birth of the Earth and Water’, and discusses the most common epic themes such as creation, man’s origin and reproduction, acquisition of culture, and deeds and fights of the main culture heroes through a number of motifs represented in tales constituting the Muong epic cycle.
Yuri Berezkin describes a previously unnoticed tale of a travelling girl and her helpful siblings, which is widespread across northern Asia but is one of the many not registered in international indexes.
Dmitriy Funk explores epic poetry of the Shor and the Khakas, who are famous for their recitations and song of classic epic tales, and argues that these sung portions of epic performances constitute meaningful poetic texts in their own right.
HE Xiyao studies the social and political criticisms embedded in Chinese myths and legends, doing this through exploring the reasons for the prominence of these criticisms and sorting out the general trend of their development.
Piret Voolaid discusses the belief-related context (of use) of Estonian riddles. The study is based on archival records dating back to the end of the nineteenth and beginning of the twentieth centuries, which are concerned with solving riddles and primarily reflect the way that people in a peasant society thought.
Aleksandar Takovski presents an analysis of erotic folktales and online jokes as ‘mirrors’ of gender hierarchies. These are folk genres in which human sexuality is most explicitly presented. The questions the author seeks to answer are: what kind of sexuality (gender roles, relations, and structures) is constructed through these genres and what inferences may be made about the society underpinning the discourse thus produced.
Aimar Ventsel discusses the economic strategies of entrepreneurs in the Russian Far East, focusing on a specific segment of private entrepreneurs who he calls ‘reluctant entrepreneurs’. In their activities these entrepreneurs are led by local social norms that do not often support the earning of direct profit. The author concludes that such practices are caused by the current economic climate in Russia.
Based on her fieldwork and narratives, observations, and experiences, Kikee D. Bhutia speaks about how interactions and connections between villagers and protective and guardian deities in Sikkim, India, are shaped by principles of relationality and mutuality.
The articles are followed by an overview of the International Conference on Belief Narratives in Folklore Studies, and a book review.
Folklore: EJF is a peer-reviewed open access academic journal published since 1996 and is available online at http://www.folklore.ee/folklore.
Tootekood: 100576
Ühik: eks
4,00 €