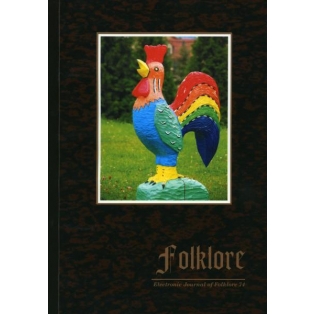 Zoom
In this issue the authors delve into very different topics, from political humour and online hate speech to constructing alien space and a narrative of a folk mystic, from Greek musicscapes and reforms of Pharaoh Amenhotep IV to safeguarding cultural heritage.
Katalin Vargha explores creativity and humour in the online folklore of the 2014 elections in Hungary, demonstrating how, using traditional patterns of folklore as well as individual creativity, this material reflects the actual political situation.
Karin Sandell presents an emotion analysis of online hate speech directed at the Swedish-speaking population in Finland. By analysing the forum posts, the author shows how hatemongers use emotional words, emotive expressions and metaphors referring to the Finnish national awakening and how this is connected to the populist discourse of today.
Ana Vukmanović discusses alien space in South Slavic oral lyric as a construct whose meanings are variable and depend on the assumed perspective, context of singing, and human relations.
Tomasz Kalniuk in his article presents the figure of Cunegonde Siwiec, a folk mystic and a highlander, showing, on the basis of his field research, her impact on the environment.
Christos Papakostas, Dimitris Goulimaris, and Maria Douma in their co-authored article discuss dynamic musicscapes in Northern Greece, basing their study on the ethnographic example of the Roma (Gypsies) of Iraklia-Serres.
Tarmo Kulmar explores the relationship between the religious reform of Pharaoh Amenhotep IV (Akhenaten) of the New Kingdom of Ancient Egypt and the changes in the governing system, concluding that Akhenaten’s experiment may have been one of the first known endeavours in the history of mankind to establish an early totalitarian state.
Marijana Hameršak and Iva Pleše give a critical overview of the articulations and manifestations of a UNESCO initiative for the safeguarding of intangible cultural heritage in Croatian context.
The articles are followed by an obituary for American folklorist Barre Toelken, an overview of the 12th Conference of the International Association on Comparative Mythology, and a book review.
Folklore: EJF is a peer-reviewed open access academic journal published since 1996 and is available online at http://www.folklore.ee/folklore.
Tootekood: 100561
Ühik: eks
4,00 €