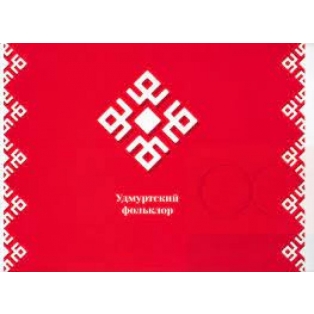 Zoom
The Estonian Literary Museum in cooperation with the Udmurt Institute of History, Language and Literature, UdmFRC UB RAS, present the collection Songs of the Southern Udmurt part of the Udmurt Folklore series, which presents local song traditions of the Udmurt. In this fourth volume, we include musical samples of non-ritual folklore from the Kiyasovo district of the Udmurt republic. There are lyrical songs, chastushki, dancing and playing songs, teasers, loaned songs. For the first time, the song texts have been translated into Russian and English, with a preface in Russian, English and Estonian. The collection is composed of 137 song samples, with musical notation, fieldwork photographs, a map and comments.
We add to the collection a USB memory stick with the recordings from the field and a video.
This book is meant for musicologists, folklorists, linguists, specialists in education and culture, as well as all who are interested in the musical and song folklore of the Udmurt.
The authors are Udmurt ethnomusicologist Irina Pchelovodova and the Udmurt folklorist Nikolai Anisimov.
This second revised and expanded edition has been prepared on the basis of Irina and Nikolai’s monograph, published in 2017: Pchelovodova Irina, Anisimov Nikolai, Songs of the Southern Udmurt. Izhevsk-Tartu, 2017. Vol. 4. 376 p.: ill. (Udmurt folklore).
The Non-ritual Musical Folklore of the Udmurt from the Kiyasovo District of Udmurtia project has been achieved with the financial support of the Kinship Peoples of Estonia programme (Hõimurahvaste programm).
This edition has been supported by Estonian Literary Museum research grant EKM 8-2/20/3 and by the Centre of Excellence in Estonian Studies (TK 145) through the European Regional development Fund. This edition has been financed by the M. A. Castrén Society (Finland).
Autor: Nikolai Anisimov, Irina Pсhelovodova
Ilmumisaasta: 2021
Tootekood: 100626
Ühik: eks
20,00 €