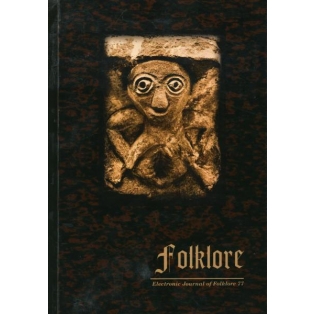 Zoom
The 77th issue of Folklore: Electronic Journal of Folklore appears under the title Human-Animal Relationships, with Mirjam Mencej as guest editor.
The articles in this issue derive from the presentations given at the Belief Narrative Network (BNN) conference, which was held as part of the International Society for Folk Narrative Research (ISFNR) interim conference in Ragusa in 2018 under the heading “Human-Animal Relationship in Belief Narratives”. The papers presented covered a huge geographical scope and time-span. Seven of them, approaching the topic from very different perspectives and angles, and within various genres of folklore, are introduced to the reader in this issue.
Argentinian folklorist Maria Ines Palleiro focuses on Argentinian animal tales and argues that animal tales, in their local transformations, are often intertwined with belief narratives as well as with ritual discourse.
Japanese folklorist Fumihiko Kobayashi discusses the ambivalent views of mice and rats in Japanese history. While covering various oral and written genres as well as visual forms, he particularly focuses on toys, which he considers a “three-dimensional form of narrative”.
Croatian ethnologist Jelka Vince Pallua covers a large time-span, from pre-history up until the present day, in her paper on the symbolism of the frog/toad. Based on a comparative perspective of not only folklore, but also archaeological, ethnological, and linguistic data, the author argues for their “female” connotations, i.e., fertility, fecundity, regeneration, renewal of life and resurrection, pregnancy, etc.
Mirjam Mencej’s (Slovenia) paper focuses on one particular legend about a wrestling match between a human and a werewolf. Based on the analysis of a belief narrative, the author aims to demonstrate the latent inter-ethnic and inter-religious tensions between Catholics (Croats) and Muslims (Bosniaks) in Bosnia and Herzegovina as revealed in the story.
The paper by Estonian folklorist Reet Hiiemäe discusses the notion of the spirit-animal, which is rather popular in contemporary Estonian culture. The notion of spirit-animal as a supernatural protector and guide has come to Estonia mainly from neo-shamanism, based on Native American shamanism, the author argues.
Folklorist and well-known Croatian animal rights activist Suzana Marjanić combines a zoofolkloristic and ethnozoological approach with the perspective of contemporary critical animal studies. She demonstrates how the negative attitude towards cockroaches in Croatian folklore found its continued expression in contemporary aggressive use of insecticides and their advertising strategies. She shrewdly points out and condemns speciesist attitudes and practices towards insects in contemporary Western society.
U.S. folklorist Tok Thompson argues in his article that we can expand our understanding of animals by referencing the ways in which mythology has shaped our views. He believes that postcolonial philosophy and posthumanism will help the West learn from previously overlooked systems of knowledge and thus better understand the close interconnections between humans and animals.
This issue is supplemented by an article from the editorial board. Estonian folklorist Mare Kõiva’s article examines the attitudes towards wolves reflected in Estonian folklore and their etiological and religious motifs: the emergence of wolves, wolf incantations, wolves’ food from heaven / from the ruler, pieces of clouds, and taboo names of wolves as expressions of mythological and religious relations.
The news section of the issue presents an interview with a famous cultural analyst, Mieke Bal, an overview of a doctoral dissertation, of the 9th annual conference of the Centre of Excellence in Estonian Studies, of a symposium to honour academician Arvo Krikmann, and two book reviews.
Folklore: EJF is a peer-reviewed open access academic journal published since 1996 and is available online at http://www.folklore.ee/folklore.
Tootekood: 100592
Ühik: eks
4,00 €